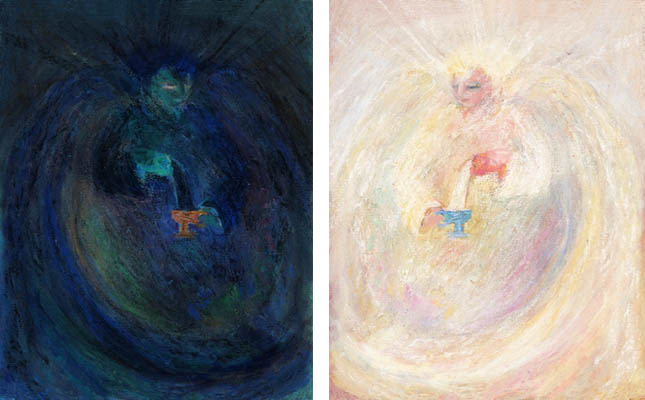 I had a dream a couple of nights ago mainly about a set of twins. Not surprising, perhaps, as I am reading a book at present featuring twins (The Alchymist by Michael Scott, which, by the way, I can thoroughly recommend). I don’t remember much about the dream apart from the fact that the feminine twin was trying to get some message across to the people around her, and nothing worked until the male twin turned up. This disappointed me when I woke up, as I have very little tolerance for women who can’t do anything without their partner’s approval or assistance. There are still too many women like this around – though our conditioning has been long (around three or four thousand years) and pretty savage. But Women’s Lib has been around for 70 years now and girls still consider the wedding and marriage to the ‘other half’ – male or female – to be the ultimate in life.

Marriage, however, is a much better deal for men than it is for women, who become little more than unpaid skivvies and nannies. Fortunately for me, I never subscribed to this model of partnership, and my husband did most of the cooking. I did a bit of cleaning and washing, though never the ironing. (I guess you wouldn’t be surprised to hear I’m not domestic.) Somehow, in a very traditional household where my mother was definitely a second-class citizen and my father decried women’s abilities, I grew up thinking of myself as a sovereign being, autonomous and equal to any man, and I think that even more now.

To return to the Sacred Marriage, though. I came across this concept when I was painting my first Tarot. The card of Temperance is all about the balance between opposites, and the Hieros Gamos – Sacred Marriage – is part of the interpretation. That took me into alchemy, the tenets of which are grounded in Sacred Marriage as a fundamental tenet.

In thinking about my dream, I realised that the core feminine energy is not enough on its own. But nor is the male energy. This is why we have such a mess in the world now; the patriarchy has been steadily grinding away thinking that their minds and bodies are the only things that count, so they can rape the world (and the women) to their hearts’ content, because they are the fundamental core of the universe. Women, in this light, are there as vessels for their seed, to carry their children, and look after their welfare. But how wrong they have been! The balance has utterly skewed for thousands of years and it’s now coming home to roost.

So now we have pandemics, the earth is on fire and running out of water – but at the same time the polar ice caps melting and quite a bit of earth’s land mass threatened with inundation – unusually in what ‘first world’ countries see as inessential. Of course, the rulers would have taxed breathing if they’d been able, so they do the next best thing – they go to war and/or kill and/or starve the majority of the world. We have a few multi-millionaires who have nothing better to do with their time and money than to build penis-shaped spaceships, to go off to Mars or the moon or (when possible) some earthlike planet that they’ll proceed to destroy, as they are destroying Earth.

I’m not saying women would do a better job. I’m certain that the ancient tribes run by women were no better, and were probably appalling to their consorts and male attendants. What I am saying is that we have to have a balance, female and male. It’s clear that women premiers (of which we have quite a few excellent examples now) can do a better job at times, but to save the mess we’ve made of earth,  we need everyone – male, female (all 52 genders) – to work together. Each individual on earth has her, his, or its own strength and talents. We as a species should be bright enough to work out what we need to do for everything and every being on earth to survive well.